Does anyone want to be an actual clown? 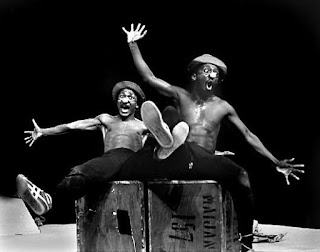 I was recently asked to collaborate in a photographic project documenting the supposed ‘decadence of clowning in western culture’. My response was to ask, ‘what decadence?’ I have been involved in clowning performance, teaching and research since the mid-1980s and from my perspective there is a continuous stream of people interested in training in clowning and performing it, as well as in exploring its social use beyond the orthodox set-up of performer/spectator and into the realms of healthcare and politics. Clowning has also gained a modest recognition in academic circles, with the publication of a range of books over the past couple of decades.

But my instinct to see the positive trend in clowning is also counter-balanced by my concern about the direction clowning is taking in western culture. Barnaby King, in his recent book. ‘’Clowning as Social Performance in Colombia’, wrote tellingly about how the influx into the country of an ‘international style’ of clowning, from Europe via Argentina, could be read as paralleling the ‘apertura’, or opening up to global markets, of Colombia. This ‘globalised’ style of clowning might even threaten local and indigenous ways of understanding the artform, which is of concern.

I witnessed something similar during my return visit to South Africa some months ago, when a major theatre festival programmed, for the first time, a piece of ‘clown theatre’. A laudable move, indeed. But the piece was an unfortunate, and perhaps isolated, example, of how safe clowning has sometimes become. It could have originated in any part of Europe or North America. But its seeming lack of insights, whether personal, political, cultural or aesthetic, nonetheless drew considerable approval from middle-class white audiences who would normally go to see standard theatrical fare. I felt like we could have been anywhere - London, Paris, Bogotá. This is a far cry from the classic example of South African clown-influenced theatre from the 1980s, 'Woza Albert!' (see photo)

This blandness was nowhere to be seen, however, when workshopping clowning with Sowetan teenagers, who, when asked to ‘do something silly to make us laugh’, would come up with the most outlandish, grotesque and daft things imaginable, setting everyone off in bursts of uncontrollable laughter. Back in London, one just has to imagine presenting audiences with that kind of clowning to quickly realise that the most common reaction would be to back off. In my experience, the grotesque in clowning is getting harder and harder to pull off, in our society where ‘taste’ means seeking out yet more uncrossable lines which clowns should stay clear of.

My other work in South Africa was with Clown Without Borders, who in that country are different in that they work extensively within their own country. Elsewhere in the world, it is more common for CWB projects to be expeditions travelling some distance across the globe. Many of these projects do great things, but a side-effect can sometimes be the inadvertent exportation of the western idea of what a clown is.

The multiplication of distancing might explain in some way the drift from clowning towards stand-up which is another concern right now. It’s probably always been the case that British clown students and performers have been tempted by the culturally dominant magnets of irony, sarcasm and wit, but lately it seems like it’s getting harder to resist. With performers with little or no clown-factor now boldly advertising themselves as clown-influenced Gaulier graduates, it looks like the picture is going to get even more confused. Does anyone still want to be a clown?
Posted by Jon Davison at 2:05 pm No comments: 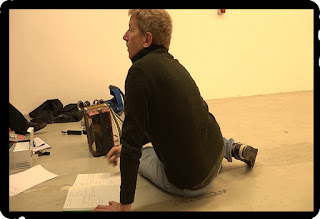 I’m returning to blogging, as a way of bypassing the academic model, which has frankly become a bit of a dead end lately, with its jealously guarded sites of knowledge exchange - accredited modules, peer-reviewed journals, niche conferences - becoming ever more ponderous and exclusive. That doesn't mean I'll be stopping teaching at universities, speaking at academic conferences, or publishing books, but am looking forward to a more open-ended medium through which I can communicate.

The return to blogging also marks perhaps the end of a very productive few years of engagement with Facebook, through the group Clown Theory which I created a few years ago.  I was curious then to know others’ opinions on matters I was grappling with. It’s gone relatively quiet recently, mainly I think because we’ve ended up having the same conversations and debates several times over. Also, it’s not everyone’s cup of tea. It can be daunting entering an online discussion sometimes, where even clowns can come across as bossy, dismissive or knowalls. The blog might be my way to fill the gap, then.

It might prove useful for mulling over things which will later find their way into books. It will also allow me to bring to light more immediately some of the fascinating insights which occur weekly in my work. These insights can crop up in a clown class, in a rehearsal or in a performance or while reading about or watching other clowns. I have always felt that theory, thinking, teaching, learning, performing and spectating are one single activity. I hope, then, to bring the thinking out into the open for those who haven’t been in those classes or rehearsals. Perhaps that will help some people decide to go deeper into clowning and do some, or more, training, or even just watch a show. That would be good.

It’s been a few years since I regularly wrote short or medium length pieces about clowning. I began ClownBlog to test out some ideas when I started my job as a research fellow at CSSD in 2007, investigating clown and actor training. Much of those blog posts later fed into my first book, Clown Readings, and influenced the second one too, Clown Training. I then got caught up in writing my PhD thesis, and a third book, The Clowning Workbook, currently under way.

Although I have always continued to generate my own teaching and performance work, during that time I became accustomed to the academic model of writing/practice. That is to say, academic employees in the performing arts are expected these days to produce research outputs in order to justify their posts. This is because of the vast amount of money that universities receive for research, the amount of which is determined by how far up the league table (REF), they get, every seven years. To gain their position they must show research outputs. Since the early 2000s, in the performing arts we have realised that we hold knowledge, in the practices we engage in. So that research doesn’t have to be in a library or written. Knowledge can be gained and transmitted through the practice of performance. A simple and early example often given was the knowledge I have from having learned to ride a bicycle. This is embodied knowledge. The research of such knowledge has come to be known as Practice-as-Research (PaR). Quite a simple idea, really.

Many drama schools, incorporating themselves into universities and thus enabling grants to be given to students, thus found themselves obliged to produce research. But instead of drawing on the knowledge and practices of those who taught and practiced acting, directing, writing and stagecraft, the trend has been to import researchers from fields which, from a conservatoire point of view, are marginal. Today, you are more likely to get work in PaR if your practice is in intermedial studies, or if you have no practice at all, and highly unlikely if you research in practices of acting, circus or, in my case,  clowning.

The publishing of performing arts research has also followed the traditional route and has, if anything, narrowed down. To keep your job, you must publish. That means that publishing in itself has no value, monetarily. Journal articles make money for the publisher but never for the author. Access is expensive for researchers and only really feasible via university libraries which can pay the exorbitant fees. That leaves those without access to university libraries out in the cold. Likewise, even if you have single-authored a book, the royalties are so minimal as to be meaningless. And often the price tag on an academic book is way out of reach of individuals. Once again, it’s the libraries who can afford it.

So, instead of chasing a non-existent academic post by conforming to the academic publishing mode, i.e. not being paid, I’ve decided to put my writing energies back into a more immediate public sphere, the blog.

Without wanting to be a hostage to fortune, the areas I’m hoping to write about look like they’ll fall into the following categories:
Teaching/learning
Rehearsing/devising/performing
Theory/thinking

With that in mind, I'll be tagging posts accordingly.

Some subjects ‘m keen to tackle are:
New research on the history of women clowns
The grotesque vs. inner clown debate
Non-western clowning
The drift towards irony and stand-up
The state of clown-tagged performances today
Posted by Jon Davison at 9:55 pm 4 comments: